“Where Has All the Money Gone?”: How to find the missing money in Family Law Matters 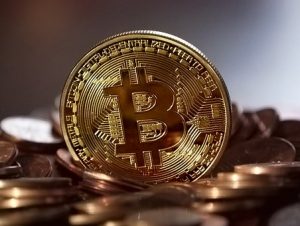 With the advent of crypto-currencies such as Bitcoin, the Family Courts have had to deal with a new type of asset and lawyers employ new strategies for ascertaining the real wealth of the other side’s client.  It is hard to trace ownership and harder still to prove its existence.  Using experts can make the difference between finding such assets or settling for the more conventional bricks and mortar assets.

There are many ways in which one half of a couple may try to elude the jurisdiction of the Family Courts.  One way, which is in fact sanctioned by the Family Law Act, is for a couple to enter into a Financial Agreement.  Couples contemplating or exiting marriages or de facto relationships can enter into Financial Agreements.  Cases have challenged the binding nature of these Agreements and when successful, the Court sets them aside.  Most famously was the case of Thorne v Kennedy 2017 [HCA] 49 in which the High Court set aside an Agreement even though on the surface the Agreement satisfied the legislative criteria.  The High Court’s decision was based on the ground of the husband’s unconscionable conduct in relation to both the pre-nuptial Agreement and the post -nuptial Agreement.

Effectively, if these Agreements are upheld, it is the most obvious way in which a spouse or de facto can protect assets from their other half by hiding them in plain sight.  If the Agreement provides for them to wholly retain certain assets even if their relationship founders, then they still get to keep the assets.

More difficult to unravel is the spouse who divests themselves of all ownership and control of their assets before getting married.  This may involve them transferring their power as an appointor to a trust or relegating themselves to a class of discretionary beneficiary or resigning as a director.  They then place “friendlies” in those roles so that on paper they seemingly they own and control nothing but in reality, it is a financial manipulation of their true situation.  At first blush they merely seem to be a discretionary beneficiary who has no control over the trustees.  The question for their exiting spouse is the cost benefit analysis and what evidence they would need to produce in order to have the Family Court determine that the trust is in fact a sham or puppet and its assets are those of their former spouse.

Some people try to hide wealth by phoenixing their business or company.  As business “A” slips ever deeper into financial crisis, business “B” owned by a friend or colleague of the spouse flourishes.  The transfer of wealth from A to B would need to be traced and clients of B and its “owners” could be subpoenaed to provide evidence.  No one wants to inconvenience their client list but if this is the only way to ascertain what has really gone on, then this can be an effective measure of applying pressure.  The transactions can be reversed, and business A can have value added back into its balance sheet.

Then there is the seemingly impossible purchase by the non-financial new de facto.  “Now how did s/he afford to buy that property?” Title searches can be conducted to see if they have made any recent acquisitions and the de facto’s finances can be subpoenaed and scrutinised in Court.  They can be joined as a party to Court proceedings and cross examined.

There are the overseas assets which present unique challenges on where they are overseas and what can be done to trace, prove ownership and value these assets.  The suitcase of cash taken overseas will not be as readily traceable except with reference back to how this cash was generated to start with.  Cash businesses will pose difficulties in terms of proving how much cash the ex has access to.  Cash flow can be implied by lifestyle and associated expenses.  The party whose business produced the cash can be cross examined, as can their clients.  Of course, cash is a two-sided problem so to speak.  If cash was obtained and tax not paid during the relationship or marriage, then the resultant tax debt (once cash is revealed) is a debt relevant to the marital period.

Obscure assets such as cash deposited on travel money cards in foreign currencies or pre-paid credit cards are assets capable of being taken into account.  The pain of paying for these has passed and often they are overlooked (sometimes innocently) by the card holder at the time of financial disclosure.

I had a great uncle who was rumoured to have buried gold in his field.  It was never found.  There was a generation of people who had experienced the Great Depression and did not trust banks.  Yes, there are some people who sock cash or gold away and again, unless you know where their stash is, you may never locate it and claim a share.

Piecing together the financial puzzle is an exercise in patience and skill.  Find the loose thread and pull to unravel the hidden assets.  The more you know about your partner’s current finances, the more you can assist in this process.