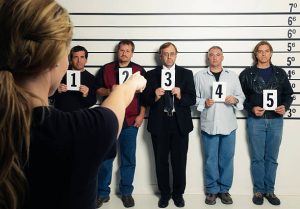 The High Court of Australia’s (HCA) recent decision in Masson v Parsons [2019] HCA 21 has drawn attention to the undefined scope of who can be considered a parent under the Family Law Act 1975 (FLA) and created uncertainty as to future parental responsibility for couples and mothers relying on artificial conception. This case raises a number of important issues for individuals who have been involved in or intend to rely upon artificial conception processes, namely the potential involvement of sperm donors in their biological child’s life and a redistribution of parental responsibility away from mothers or couples that rely on donated sperm.

Why is being identified as a parent important?

Being considered a “parent” of a child under the FLA may attach certain responsibilities to a person. For example, once two individuals are identified as the parents of a child, a rebuttable presumption is established that it is in the best interests of that child for those two individuals to have equal shared responsibility for that child (s61DA(1) FLA). This requires joint decision making about major long term issues (as defined in s4 FLA) and equal shared or substantial and significant time spent with the child (s65DAA FLA).

Who is included in the definition of a “parent”?

The FLA does not provide a comprehensive definition of “parent.” This ambiguity is seen to be beneficial as it allows the meaning of parent to evolve with and adapt to contemporary understandings of family. Today, it is accepted that a child’s parents can include the child’s mother and her husband, same sex partner or de facto partner.

However, a lack of certainty in the meaning of parent often leads to disputes and litigation over the identity of a child’s parents and the division of responsibility for the child.

This lack of clarity was highlighted and the potential scope of the meaning of parent was revealed in the recent case of Masson v Parsons & Ors, which has propped open the door for sperm donors to be considered a “parent” under the FLA.

In this case, the child was conceived through alternative techniques using sperm donated from a close friend.  No formal agreement was drawn up and there were no Court orders verifying who is to have what role in the life of a child born out of genetic donation. Years later the mother later sought to relocate to New Zealand with her same sex partner and the child. The biological father sought to restrain the couple from relocating to New Zealand on the basis that it would be detrimental to his relationship with the child.

The couple argued that the father was nothing more than a sperm donor. The facts revealed that the father was involved in the child’s life in a meaningful way, beyond that argued by the same sex couple. He had been an active participant in the life of the child and had been since the child’s birth. The child thought of him as and called him Daddy and the father provided financial support and was involved in the child’s healthcare and education. The couple was restrained from relocating with the child on the basis that relocation would not enable the child to continue to benefit from her clearly parental relationship with the biological father.

Implications of this case:

The lack of this presumption has two particularly important consequences for biological parents:

Will I be considered a parent in light of Massons v Parsons & Ors?

Generally, where a child is conceived through artificial conception technologies, the FLA deems the birth mother and her partner to be the parents of the child where the partner, be they the mother’s husband, same sex or de facto partner, has consented to the use of conception technology (s60H).

Whether you will be identified as the other or an additional parent depends on whether you can be considered a parent “according to the ordinary accepted English meaning of “parent”” which depends on the circumstances of each case. Being identified as merely a sperm donor by the mother or other parents of your biological child does not mean you are such. It will be the facts of your case which will determine whether or not you are in a parental relationship with your biological child.

Failing to seek out a relationship may mean you will not benefit from the result of the HCA’s decision. Having said that, the HCA left open the question of whether or not a person who has no involvement in a child’s life beyond the donation of semen to the artificial conception procedure that produced the child could be considered a parent. This issue remains to be explored.

Even if the facts do not demonstrate you have a parental relationship with your biological child, you may still be able to seek the assistance of the Courts to establish and maintain a relationship with the child. Section 65 of the FLA makes it clear that the categories of those who can seek parenting orders includes not only parents, but also grandparents and any other person concerned with the care, welfare or development of the child. Section 64 of the FLA enables the court to make parenting orders in favour of “some other person” as well as a “parent”. This refers to someone who is not deemed to be a parent, but in respect of whom it is considered to be in the best interests of the child that the child make such an order.

What should I consider if I am considering relying on donor sperm to conceive?

When couples or individuals decide to use informal artificial conception processes to bring a child into the world there are a number of things they should consider. Where there is an informal arrangement with a sperm donor that is not documented and there are no Court orders verifying who is to have what role in the life of a child born of a genetic donation, then the facts as they emerge can be used to argue that the sperm donor has a parental relationship with the child, even if this argument is plainly contrary to the original intention of those party to the agreement at the time of contraception.

Unfortunately, we have seen too many of these cases in the lesbian community where informal agreements are reached, often between friends. The friendship sours as the expectations of those involve diverge due to a lack of discussion about or formalisation of agreements about exactly who has what responsibility and who is entitled to be involved in the life of a given child. The worst, most tragic of these cases, in my opinion, was Re Patrick [2002] FamCA 193 in which the biological mother murdered her son and too her own life rather than comply with Court orders of Justice Guest. These Orders allowed the man, whom the mother perceived to be a mere sperm donor, to see her son. What started out as a donation of genetic material morphed into bitterly contested court proceedings in which each side had a completely different understandings of the intention behind their informal agreement to conceive a child.

If you are considering relying on donor sperm to conceive and do not intend for the donor to be involved in the child’s life as a parent or otherwise, there are certain precautions you can take, such as relying on an anonymous donor instead of someone known to you. If you plan on using sperm donated from someone known to you, you may consider having a full and frank discussion about both your and the donor’s intentions in relation to the donor’s involvement with the child and formalising any agreement that is reached regarding future responsibilities. While this agreement may not be binding, it may be persuasive in determining the nature of the donor’s relationship with the child and your respective responsibilities in the future.

It is precisely because of the uncertainty and lack of clarity around the role of sperm donors in the lives of their biological children that you should eek advice from a family lawyer if you are considering relying on or providing a sperm donation.

The information in this blog does not constitute legal advice and cannot be relied upon by you. If you require advice specific to your situation you must contact Caroline Counsel Family Lawyers for legal advice.  The contents of this blog are relevant as at 25 September 2019.  We recommend you obtain specific advice relevant to you and your family’s situation.

By Caroline Counsel and Maddison McCarthy