Why Dads Matter When Parents Split 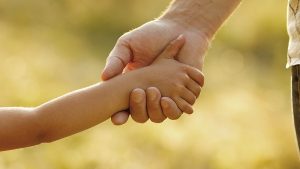 When a couple decide to start a family, I think we can safely say that they do so with the expectation that both parents will be an important part of their children’s lives.  They want to love and care for their children and do whatever it takes to ensure their children and kept safe and are happy.

When parents separate, a whole different perspective on what each parent wants or expects of the other changes.  In the worst cases, mothers want to eradicate the father of their children from the face of the planet and act as if they never existed.  This is such a short-sighted way of thinking about what children need most from their parents at a very emotionally charged time in the children’s lives.  It often stems from the mothers’ inability to separate their own emotions from the emotional needs of their children.  For many years, I worked as an Independent Children’s Lawyers in the Family Court system.  I would see mothers scrambling to come up with reasons why the father of their children should not be able to spend meaningful time with them.

When a mother does this, it really leaves dad with nowhere to go but Court.  If the mother contends that the father cannot have unsupervised time and for no apparent reason, then that dad has to seek help from the Family Law system.  For one recent dad, this meant starting a case in which we sought an urgent hearing so he could see his kids without supervision.  Given the lack of Federal government funding, the Family Courts cannot give him a Court date earlier that of 3 months.  His time is being restricted and there is little he can do about it in the absence of a court order where the mother contends that he presents a threat to their children.

Unfortunately, many children miss having their dads in their lives for any meaningful time after separation.  Despite the changes to the Family Law Act whereby the Courts must consider, in the absence of family violence, whether equal time is appropriate, the Australian Institute of Family Studies (AIFS) statistics indicates that many dads do not spend anything like equal time with their kids.  Whilst the AIFS data is dated (2012-2013) it is hoped that reforms to the Family Law Act will have improved the outcome for children:

That is not to say that in many cases, there would be genuine concerns expressed by mothers about the fathers who had had very little to do with actual child rearing.  In other cases, family violence allegations were serious and an impediment to dad spending meaningful time with their children.

Then there are those cases where there is absolutely no reason why dad should not be a part of the children’s lives.  He poses no threat, he has not been violent to their mother or to his children, has been actively involved in parenting their children pre separation.  This dad is at a complete loss as to why his former partner has launched such a vitriolic attack on him and has made him out to be an and inept and inadequate parent who will put the children’s lives at risk.  Why has this woman, whom he once loved, turned on him so savagely?

When such an attack is unjustified, it is critically important that the father not react badly to it, not retaliate with anger but also not let this situation drift.  The kids will know that their mother is angry and does not want them to see their dad.  The longer this is allowed to go on, the harder it is to reintroduce the children to dad if their attitude has hardened against him or worse, they have been alienated by their mother.

I often see men who believe that if they sit and wait for their former partner’s anger, grief or frustration with them to pass, all will be well.  This has not been my experience.  Men who wait for calm after the separation storm, may just find that they are unable to reverse the damage that has been done regarding their children’s relationship with them.

The Family Law Act requires parents to undergo mediation ahead of taking a parenting matter to Court.  Mediation may not be suitable in all instances and if a family’s situation comes under the exceptions, (such as if there has been family violence) then either parent can start a case without having to attend mediation.  Mediation should be looked at, by both parents, to step up to the co-parenting plate and start to redefine their relationship – no longer as a couple but as a couple of parents who want the best outcome for their children.  Unfortunately, many parents cannot park the hurt, the anger, the jealousy the need for revenge and prioritise their children over their own feelings.

Enshrined in the Family Law Act is the right of the child to grow up knowing and being cared for by both parents.  According to the Act, it is all about children’s rights and parents’ responsibilities.  For the kids whose parents have separated, they have very distinct needs – separate from the needs being expressed by their parents.  They need to know that both parents are okay and that they are able to love both parents.  Children do not want to feel as if they are the proverbial meat in the sandwich.  They do not want to be asked to choose one parent over the other.  They should be able to feel free to interact and be happy with each parent and in short be themselves.  They should not have to watch everything they say or collect evidence to pass back to the other parent on their return.  They should not be the victims of parental cross examination at the end of time with their other parent.

When a mother actively works to remove a dad from the lives of his children, I think they do so at their own peril.  Children are known to fantasise – fill in the blanks in the life of the missing parent.  They have been known to imbue that absent parent with qualities and characteristics which are exaggerated and at the extreme end of complimentary.  On that parent, they pin their hopes.  They fantasise about the day they can flee the parent with whom they live and run to the parent whom they do not see and have that beatified parent fix all that is wrong in their lives.  Children need to grow up knowing both parents and be helped by both towards independence and adulthood with all that entails.  Even if it means that those same children make their own evaluations and write their own chapters in the relationships with both parents.

So spare a thought this Father’s Day for those good dads, those men who love their children but cannot see them.

The information in this blog does not constitute legal advice and cannot be relied upon by you. If you require advice specific to your situation you must contact Caroline Counsel Family Lawyers for legal advice.  The contents of this blog are relevant as at 19 August 2019.  We recommend you obtain specific advice relevant to you and your family’s situation.